At the beginning of the pandemic in Italy, a famous Chinese designer Wei Wei came up with the following joke: 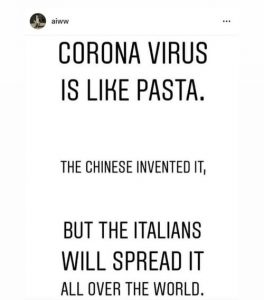 The italians shared it around the world

Except for the dubious taste of the joke, however, it remains true that there are many inventions that both nations were claimed and many more common points between the two populations than you think.

In the logic of

take advantage of your strument" The instruments necessary to successfully face the Chinese market should start with a greater knowledge of the Chinese themselves, abandoning the logic of "WE AND THEY", but looking for those points of contact that can really facilitate our access to the immense market of "Middle country".

We can just start from the kitchen.

First of all we underline the Chinese, just like us, are a people who love conviviality.

It has never happened to me in China to have a “business lunch”, but we used to go to a restaurant to eat (and drink), seriously!

The analogies seem to stop there.

Chinese cuisine appears extremely distant from ours, not only in what and how the food is cooked but also in the composition of the meal itself. 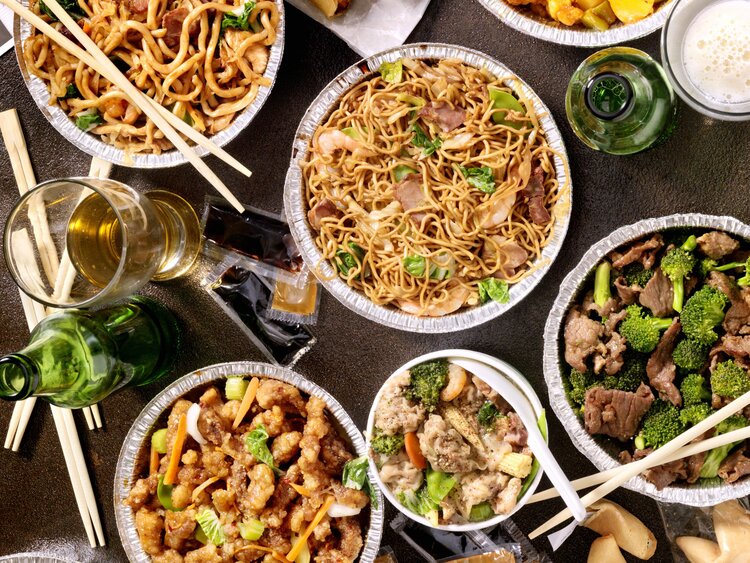 In fact, on Chinese tables there is no first, second, side dish etc, but all the dishes are served together and the liaison is the rice which is not considered as a "first course", but rather as our bread. 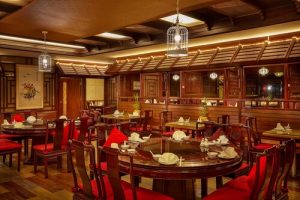 Typical Chinese restaurant with revolving tables in the center.

Furthermore, the food arrives already cut and often served on revolving tables, so that each diner can be served himself independently (food is sharing).

In reality, both the Chinese and we Italians (like very few other nations) have a taste for cooking as an “art”, the dishes must not only be good but also “beautiful”.

Both cuisines are also characterized by a huge variety of flavors and ingredients.

The Chinese make extensive use of spaghetti, which they use mainly in soups, but there are also noodles roughly the same as ours, made with or without eggs.

what about the famous dumplings?

There are many different types (just like us) and in restaurants they are steamed and served in the famous bamboo baskets.

But there is also the homemade version in which the filling is made of pork and cabbage and the cooking is not steamed but, look at it, in boiling salted water.

In conclusion, if you dig beyond appearances you’ll discover that Italian and Chinese cuisine are much closer than thier appearance and this is a big advantage for us compared to other competitors (USA, Germany, England just to give an example), totally lacking of gastronomic culture.

Therefore the suggestion is always the same: open-mind without prejudice.